Fans in Malaysia have reasons to rejoice as British singing sensation Ed Sheeran is all set to serenade you with his chart-topping hits this coming April 2019.

The Shape of You and Perfect singer is going to perform live on April 13, at the National Stadium in Bukit Jalil. According to Ed’s official website, tickets for the show are up for sale since January and will be available until they are sold out.

The tickets priced between RM 98 and RM 488, can be booked from prworldwidelive.com and .asia.

However, children below six years of age are not allowed to enter the concert area and those below fourteen are prohibited from standing zones for safety reasons.

This will mark the singer’s second performance in Kuala Lumpur since when he sang to a packed crowd and left them enthralled with his soul-stirring numbers.

Many fans were left disappointed last time as the tickets sold out FAST. Hence this time around the concert is being held at the stadium which can accommodate a much larger audience than in 2017.

So grab your tickets and let’s countdown for a night to remember! 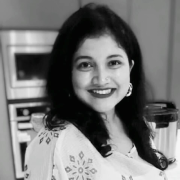 There May Be No Consoles in the Future, EA Exec Says