With a net worth of US$ 12.8 billion (est RM52.3 billion), Robert Kuok has been announced as the richest man in Malaysia again, maintaining his spot on the 2019 Forbes Malaysia Rich List.

Here is the list of the top 10 richest man in Malaysia, according to Forbes:

Robert Kuok owns Kuok Group, which has interest in hotels, real estate and commodities. He founded internationally renowned Shangri-la Hotels in Singapore in 1971.

As the executive chairman of conglomerate Hong Leong Co. (Malaysia) – which has interests in finance, property and food – Quek, has a net worth of US$9.4 billion.

Teh, founder of Malaysian banking behemoth Public Bank, chaired the company for decades, and now has a net worth of US$6.7 billion.

Most of Ananda’s wealth is derived from his stake in telco service provider Maxis Bhd. He also controls about a 41% stake in Astro Malaysia Holdings Bhd.

Tan Sri Lee Shin Cheng of IOI Corporation and IOI Properties takes the fifth spot on the list, as his wealth fell by US$200mil to US$5.4bil.

Lim Kok Thay, Chairman and Chief Executive of Malaysia-based gaming group Genting Bhd, ranked 7th this year, worth of an estimated US$4.4 billion, compared to US$4.7 billion last year.

Here’s a great story, they started Press Metal with their three other brothers–Poh Tat, Poh Weng and Poh Kong–in the mid-’80s.

The brothers together pooled $50,000 to start the aluminum-extruding company, at a time when Malaysia was in a recession.

Poh Keong and his older brother, Poh Ming, the two biggest shareholders, made the list for the first time in 2017.

Founded in 1981 by Kuan Kam Hon, Hartalega Holdings is the world’s largest and fastest maker of nitrile gloves, which it exports to 40 countries. He is now a mentor and spokesman, leaving operations to his two sons.

The minimum net worth to make the list this year was US$250 million, down from US$300 million last year.

The list was compiled using information from the individuals, stock exchanges, analysts, private databases, government agencies such as the Companies Commission of Malaysia, and other sources.

Break is over, get back to work! And you might be featured in this list one day 💸💸💸 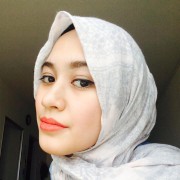 Check Out The Coolest AirBnB Staycation in KL (Below RM100!)

5 Awesome Retreats in Pahang for Your Weekend Getaway